More bad news for Liz Cheney.
According to a new survey, 77% of GOP primary voters would back a candidate other than Liz Cheney.
Only 23% said that they would vote for her.
The Washington Examiner reported:

Embattled Rep. Liz Cheney’s position on charges President Donald Trump played a role in the Jan. 6 Capitol riot has not turned around her negative ratings back home in Wyoming, and now she’s on the verge of losing her reelection.
In polling data provided to Secrets, just 23% of regular primary Republicans plan to vote for her, 77% said they won’t.
And as bad, her image as a conservative like her father, former Vice President Dick Cheney, has also been hurt. In the McLaughlin & Associates survey, 53% described her as liberal, and only 26% labeled her conservative.

This comes after a poll found that Liz Cheney is the most unpopular Republican in the country among GOP voters:

Trump has called for only one candidate to challenge Cheney. 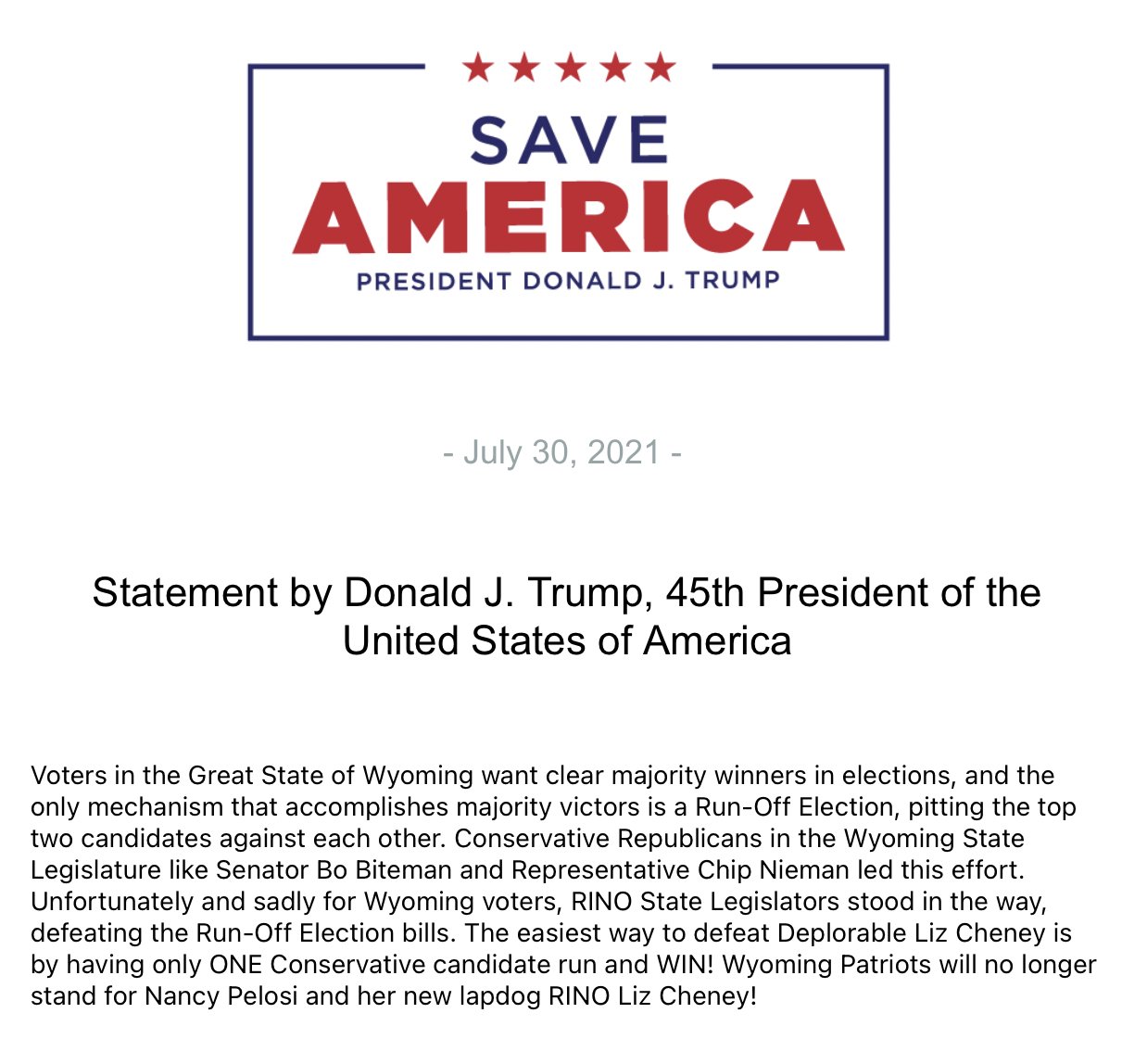