I used to respect the FBI. When I worked at the State Department’s Office of Counter Terrorism, I was one of two officers who handled liaison with the FBI on its investigation of the 1988 terrorist bombing of Pan Am 103. My supervisor and I sent out the cables to our Embassies requesting permission for FBI Agents to go to those countries to collect evidence and pursue leads. Ambassador Morris Busby, who headed up the Office of the Coordinator for Counter Terrorism (it is now known as the Bureau for Counter Terrorism) in 1990 put me in charge of advertising the Terrorism Rewards Program and I developed the public service ads, with the help of Diplomatic Security, that launched “Are You the Next Hero?”
In the process of developing these ads I coordinated closely with the FBI, including the Deputy Director of the FBI. The advertising campaign, which launched in August 1990, played an important role in leading to the capture of the terrorist who planned and executed the bombing of the World Trade Center in 1993 (Diplomatic Security officers Brad Smith and Mike Parks provided critical assistance in implementing this program).
I participated in the training of the Foreign Emergency Support Team (aka FEST), which put me in regular contact with the FBI members of that team. The men and women I worked with were apolitical patriots. That was then.
Today’s FBI is a nightmare. They have turned the FBI into a political force akin to the East German Stasi and the Nazi’s Gestapo. Instead of protecting American citizens they are spying on patriots and launching groundless cases, such as the bullshit charges brought against DEA Agent Mark Ibrahim:

Drug Enforcement Administration Special Agent Mark Ibrahim became the first member of federal law enforcement to be charged in connection with the insurrection at the Capitol on Jan. 6.

Ibrahim, of Orange County, California, is facing felony charges of entering a restricted building and area with a weapon, carrying a firearm on the grounds of the Capitol and lying to investigators from the Office of the Inspector General.

While the affidavit states Ibrahim didn’t actually enter the Capitol building, the affidavit includes a photo of Ibrahim inside the first set of fencing and barricades that surrounded the Capitol before the crowd broke through and alleges Ibrahim was on Capitol grounds that day.

Not only did Ibrahim not enter the Capitol, he was there with his brother, who is an FBI Agent. But he also was there with a “friend” who, it turns out, was an FBI informant. That FBI informant was encouraging Ibrahim to go inside. Ibrahim did not. But the fact that he did not incite violence or engage in any act of violence is ignored by the ironically named U.S. Department of Justice. They want to make an example of him.
Tucker Carlson interviewed Ibrahim and his attorney on tonight’s show (July 22). The video is not yet posted but it is worth your time.
Ibrahim is not alone, as most readers of The Gateway Pundit know.  There are hundreds of Americans that have been unjustly arrested and jailed for the act of walking into the Capitol. They attacked no officers. They destroyed no property. They carried no weapons. But they were infiltrated by FBI informants who were inciting people who were angry, legitimately so, over a stolen election and the failure of our pathetic justice system to hold Antifa and Black Lives Matter terrorists to account.
Most thoughtful Americans recognize the appalling double standard that is being applied. If we look back through history, however, this is not the first time that the FBI has tried to subvert a patriot. Just look back at what they tried to do to Martin Luther King. They tried to paint him as an agent of the Soviets. But Martin Luther King was not trying to destroy America. Notwithstanding his shortcomings as a man, he was fundamentally committed to peacefully challenging a system of racial oppression put in place by Democrat politicians. His profound insights still resonate to this day–he wanted a country that would judge people according to the content of their character rather than the color of their skin.
I will make this very simple. Do not trust the FBI. Do not help the FBI. Do not cooperate with the FBI. If you must talk with someone from the FBI only do so with an attorney present.
There are still some good men and women in the FBI who are patriots. But the leadership is corrupt. If you are involved in organizing to peacefully resist this oppression be cautious of any member of your group who is encouraging you to act unlawfully.
What happened in the alleged plot to kidnap Michigan’s lame Governor is not an aberration. The majority involved in that scheme were FBI assets who took an active role in encouraging and planning the kidnapping.
FBI Agent Richard Trask is the new poster boy for FBI miscreants: 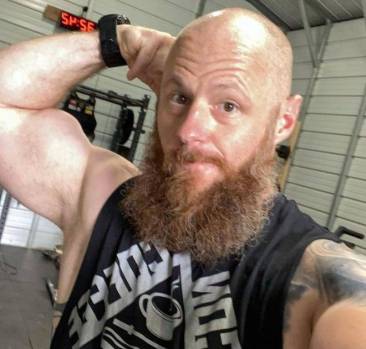 An FBI agent at the center of the investigation into the plot to kidnap and kill Gov. Gretchen Whitmer is accused of smashing his wife’s head against a nightstand and choking her after a dispute stemming from their attendance at a swingers’ party, according to court records.
Special Agent Richard Trask, 39, of Kalamazoo, was charged Monday with assault with intent to do great bodily harm, less than murder following the alleged incident Sunday.
An affidavit filed by the Kalamazoo County Sheriff’s Office in Kalamazoo County District Court said Trask’s wife had bloody lacerations to the right side of her head and “blood all over chest, clothing arms and hand,” as well as “severe” bruising to her neck and throat.
She told police she and her husband had several drinks at a swingers’ party held at a hotel in the 2700 block of S. 11 Street in Oshtemo Township, just west of Kalamazoo, according to the affidavit. She added that she did not like the party and they argued about it on the way home.

Think about this–an FBI Agent beat his wife up because she didn’t want to have sex with other men. To my friends who are retired from the FBI I know you are heartsick about what happened to an organization you once loved and respected. It is up to you to reach out to your friends and sons and daughters who have followed in your footsteps. Whistleblowers need to step forward. The only way to destroy this darkness is with the power of light.