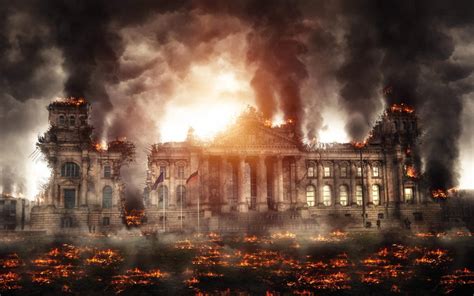 We now know that the Democrats, some Republicans, the Department of Justice and the Deep State media engaged in a massive propaganda campaign to portray Trump supporters as insurrectionists who slaughtered a Capitol Hill police officer. It was a lie. A big lie.
Cristina Laila reported the details earlier today (Monday, see here). The DC Medical Examiner, after months of inexcusable delay, finally spilled the beans:

Capitol Police officer Brian D. Sicknick suffered two strokes and died of natural causes a day after he confronted rioters at the Jan. 6 insurrection, the District’s chief medical examiner has ruled. The ruling, released Monday, likely will make it difficult for prosecutors to pursue homicide charges in the officer’s death. Two men are accused of assaulting Sicknick by spraying a powerful chemical irritant at him during the siege.
In an interview with The Washington Post, Francisco J. Diaz, the medical examiner, said the autopsy found no evidence the 42-year-old officer suffered an allergic reaction to chemical irritants, which Diaz said would have caused Sicknick’s throat to quickly seize. Diaz also said there was no evidence of internal or external injuries. The medical examiner noted Sicknick was among the officers who engaged the Capitol mob and said ‘all that transpired played a role in his condition.’

This perjury was used as a cudgel to incarcerate Trump supporters who did not kill anyone and as a predicate for impeaching Donald Trump. The ever despicable Mitt Romney relied on this mendacity to justify his vote to impeach Trump.
Well, this is not the first time that evil, conniving politicians have used a big lie to garner more political power. Time for a history lesson.
The vast majority of you are too young to remember the Reichstag Fire, but the tactic employed by Adolf Hitler sure bears some similarities to the Democrat leadership use of Brian Sicknick’s corpse as a casus belli for going to war against the people who dared support President Trump:

The Reichstag fire (German: Reichstagsbrand, was an arson attack on the Reichstag building, home of the German parliament in Berlin, on Monday 27 February 1933, precisely four weeks after Adolf Hitler was sworn in as Chancellor of Germany. Hitler’s government stated that Marinus van der Lubbe, a Dutch council communist, was the culprit, and it attributed the fire to communist agitators. . . . The day after the fire, the Reichstag Fire Decree was passed. The Nazi Party used the fire as a pretext to claim that communists were plotting against the German government, which made the fire pivotal in the establishment of Nazi Germany.

The Reichstag fire was not the only staged event that the Nazis used as a pretext. WWII started with the attack on Poland, which ostensibly was provoked by a Polish attack. But Hitler’s Nazi henchmen staged the assault on a German radio station:

On Aug. 31, 1939, Nazi agents staged a fake attack on the German radio transmission tower at Gleiwitz, on the German-Polish border. Adolf Hitler used this “attack” as a pretext for the invasion of Poland the next day. . . .
Reinhard Heydrich [head of the SD] devised a scheme to give Hitler his justification for an attack upon Poland. Several border incidents would be created, under what was called “Operation Himmler,” after Heydrich’s boss. An Einsatzgruppe unit under Naujocks would attack the Gleiwitz radio tower along the border then broadcast Polish propaganda into the Reich. This attack would be the centerpiece of “Operation Himmler.” Hitler had ordered his military to invade Poland on Aug. 26. Heydrich and Naujocks had only a few days to get things prepared for the attack on Gleiwitz on Aug. 25.
Naujocks and his team traveled to the town and checked into a hotel, claiming to be engineers looking for suitable materials to mine in the area. Under various pressures to avert war, and sensing the Poles and their Western allies might back down, Hitler postponed the invasion until Sept. 1. Naujocks and his men spent nearly two weeks in Gleiwitz waiting for the order to proceed. . . .
Finally, on Aug. 31, the order arrived at Oberschlesischer Hotel in Gleiwitz and Naujocks’ team went into action and rendezvoused en route to the tower with Müller, who handed over the bodies. In the book “SS Intelligence,” historian Edmund L. Blandford wrote:
“Naujocks then took his squad into the radio station, finding the two men on duty ready and compliant. The Polish speaker then yelled a short tirade into the microphone calling for war to begin between Poland and Germany. The squad then ran outside, firing off their pistols as they went. Years later, Naujocks would try to cash in on his claim as the ‘man who started the war.’ ”

Fortunately, the Democrats prevarication has been exposed. The so-called media, with a few exceptions, enthusiastically signed on to cheer-lead the lie and, until today, managed to bamboozle a large segment of the American population into swallowing a damnable falsehood.
The lawyers for the “insurrectionists” need to fight back viciously against the malfeasance of the Department of Justice in pursuing the arrests of men and women who entered the Capitol who were not responsible for the death of a single person. The only person who committed murder that day–January 6, 2021–is an unnamed Capitol Hill police officer. This must not be allowed to stand.